Sarah-Nicole Ruddy-Carter (Mezzo-soprano), studies with Cathy Cook at the San Francisco Conservatory of Music, where she is a second year graduate student and recipient of the Dorothy Steinmetz Vocal Scholarship. Recent operatic performances have included Second Lady in The Magic Flute; The Squirrel and White Cat in L’enfant et les Sortileges; Despina in Cosi Fan Tutte; Amastre in Serse; and Hansel in Hansel and Gretel at the Conservatory, as well as Mme. Pernelle in Tartuffe. with BASOTI. Upcoming performances include Volupia and 3rd Ore in Cavalli’s L’Egisto at the Conservatory and Cherubino in Le Nozze di Figaro with BASOTI.  Sarah-Nicole is the graduate assistant for the San Francisco Conservatory of Music’s musical theater program, and has received departmental honors for her frequent musical theater performances. Recent roles have included Desiree in A Little Night Music, and Little Red in Into the Woods. Also active in opera and theater production, recent directing credits include The Magic Flute with Livermore Opera, The Impresario at the San Francisco Conservatory, and numerous scenes for the SFCM Opera workshop scenes program. Assistant directing highlights include The Rape of Lucrecia, The Magic Flute, The Tales of Hoffman, and the current production of La Bohemewith San Francisco Lyric Opera, in addition to Trouble in Tahiti at the San Francisco Conservatory of music. 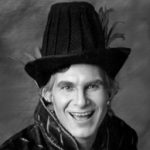