Doug Courtney Bryson (Tenor) returned to singing recently after a 24-year hiatus. Upon graduation from Shenandoah University he was voted Virginia’s “Singer of the Year” by NATS. He gained fame for his Lieder concerts and when heard by Eugene Talley-Schmidt, was offered a fellowship to Florida State to study with Talley-Schmidt and Elena Nikolaidi. While preparing for a Fulbright Grant to study/sing in Mr. Talley-Schmidt’s old company in Germany, Mr. Bryson was drafted into the military. Stationed in Hawaii he sang with the Honolulu Opera Theatre. In Hawaii he was selected by Italo Tajo of the Met to perform the world premiere of a newly discovered opera by Purcell, The Judgment of Paris. He then left the stage for a business and family life. While living in New Mexico he joined a new opera company conducted by the founder/conductor emeritus of the Santa Fe Opera, Robert Baustian, who encouraged Doug to resume singing. Since moving to the Bay Area he has been a soloist in opera and oratorio with the Festival Opera, the Oakland Lyric Opera, Peninsula Cantare, California Chamber Orchestra, Moraga Choir, Rossmoor Chorus, and the San Francisco City Chorus.

Doug was a founding member of the Wine Country Three Tenors and sang there for 5 years. When he hit 70 he decided not to be a road warrior anymore. Lately, Doug has been singing at retirement homes. He’ll do some old Mario Lanza tunes (yes, they do remember him) then his sweetie gets up and sings some country western (a little like Patsy Cline) and they all go nuts! 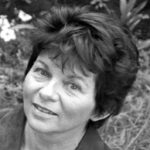 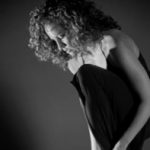