Ross Halper (Tenor) is a beloved stage director, voice teacher and witty translator of opera libretti.  He has been called “Opera’s mad genius” by conductor Kent Nagano, “Opera’s man for all seasons” by the late, great heldentenor (and Siegfried) Jess Thomas, and “Our modern Schikaneder” by the late, great lyric tenor Leopold Simoneau. With a repertoire of 350 roles, he has sung under soloist contracts with LA Opera, San Francisco Opera, San Francisco Symphony, San Jose Symphony, Long Beach Opera, San Jose Opera, Carmel Bach Festival, and many, many others.  Favorite roles are the Hansel Witch, Vasek in Bartered Bride and both Mime’s in the Ring cycle. He is the longest remaining singer with Pippin’s Pocket Opera since its first season to the present. Ross has summed up these experiences in a unique staged recital, Gods and Goblins, as presented by Columbia Artists’ Community Concerts. Ross’ comic acting creations in television commercials have been seen internationally. He toured the world in Phantom of the Opera. A triple-threat artist, Halper’s many opera translations have been sung around the hemisphere. He has directed for Eugene Opera, Opera Bend, Opera Idaho, Opera San Luis Obispo, North Bay Opera and many others. Halper has taught operatic acting at Mannes College NYC, UC Berkeley and Cal Poly. 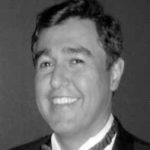 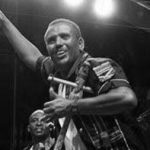