Sherifa is a scholar of the Middle East, primarily of politics, conflict and the expressive arts. She is also a singer and violinist of classical and Arabic music and has performed raqs sharqi and Arabic folklore under the name Samrah azZuhur Arabi for five decades. She was a visiting scholar at the Center for Middle Eastern Studies, University of California, Berkeley (2015–2016) when she was recruited to collaborate on
Opera Frontier’s project.

In her career as a scholar, Sherifa has served as a Distinguished Research Professor of National Security and Islamic Studies at the Strategic Studies Institute, U.S. Army War College, and as a political advisor and researcher to numerous governmental and intergovernmental entities including NATO and the United Nations.  She is past-president of the Association of Middle East Women’s Studies and a long-time member of activist groups and networks working on women’s rights in the Middle East and North Africa.

She has been a professor at the American University in Cairo, MIT, University of California, Berkeley, Ben Gurion University of the Negev, California State University, Sacramento and other universities. She authored, co-authored or edited 19 books and monographs and hundreds of articles, including most recently a book on popular music and dance in Egypt.  Her most recent book (with Dr. Marlyn Tadros) Conflicting Interests in Egypt:  Political, Business, Religious, Gender and Popular Culture was published in 2017.  Recent book chapters appear in numerous other edited volumes.  She holds a BA, MA and PhD from the University of California, Los Angeles.

Sherifa is also a trained dancer and musician who has performed, taught and choreographed internationally. She studied Arabic and western classical music and dance in Egypt, Lebanon, Europe and the U.S. Among the highlights of her dance career were performances for heads of state, for the Arab League, with the Egyptian actor Samir Sabry, and in national folklore ensembles.

She established the Middle Eastern ensemble of MIT/Harvard, several dance companies and has performed with many dance and musical companies, orchestras and choruses including currently with Amina Goodyear’s Aswan Dancers, the Aswat Ensemble, and Sing for America. She published several books on the expressive arts in the Middle East as well as a biography of the great Arab singer, Asmahan.  That work has recently been recognized by the Institut du Monde Arabe in Paris which included her expertise in an exhibit on Arab women performing artists opening in April 2020. 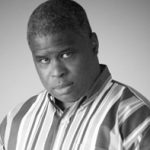