Sue Bohlin (Collaborative Accompanist) is a composer, music coach, and conductor. She has worked with several leading arts institutions including the new music ensemble Volti and has had a long career with the award-winning Piedmont East Bay Children’s Choir, where she is Associate Conductor, Accompanist, and Theory Director, and for whom she has composed most of her choral music. Ms. Bohlin is a music performance graduate of the Music Conservatory at University of the Pacific in northern California and studied Kodaly at Holy Names University and Jazz at the California Jazz Conservatory in Berkeley.

Among her various engagements, Sue has taught oboe and English horn at the National Conservatory in Mexico City; she co-directed a music theater class for a semester at Stanford University and has had longer contracts with a number of other schools including Campolindo High School in Moraga, Head-Royce in Oakland, and Lick-Wilmerding and the Laurel School in San Francisco. She was Music Director for George Coates Performance Works Theater in San Francisco for a decade; accompanied the First Unitarian Church Choir for 13 years; and founded and directed the Anchor Bay Children’s Choir for 10 years. Sue is a sought after sight-reading choral accompanist and is quite familiar with solo vocal repertoire as well.  She has played with most Bay Area choral groups and subs with many of the local symphonies.  She currently directs the adult community choir at the Gualala Arts Center, the Coastal Singers. Sue has performed in major concert venues in over 30 countries, has trained, accompanied, or conducted singers and instrumentalists for film, opera, live performances and recordings, commercials, radio, and digital software. She has helped produce two international choral festivals. Her compositions and arrangements are mostly self-published; she also has pieces with Alliance Music Publications (Texas) and Santa Barbara Music Publishers (California). Sue is married to choral conductor Robert Geary. 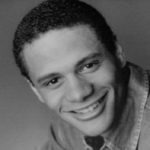 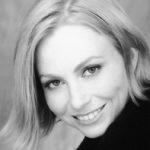