Lane McKenna (Soprano) trained on the East Coast in acting and singing (Brown University, HB Studios). A performing chameleon, Lane is equally comfortable singing classical, musical theater and pop music; and performing in musicals as well as dramas and comedies. She frequently joins the San Francisco Symphony Chorus, with which she has sung 12 concerts, including the Grammy Award-winning Mahler Symphony No. 8; and she also performs in concerts and churches all over the Bay Area. Favorite stage roles include Beggar Woman in Sweeney Todd, Claire in Edward Albee’s A Delicate Balance, Marguerite in The Scarlet Pimpernel, Lily in The Secret Garden, Christine in Phantom, Mrs. Lyons in Blood Brothers and Maria in West Side Story. Lane is also a proud soloist and quartet member of The Merrie Olde Christmas Carolers. By day, Lane teaches singing and acting at her San Mateo studio. 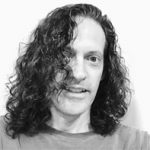 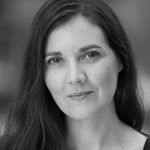