Among her favorite roles are Alaura Kingsley in City of Angels (Cinnabar Theater), Mrs. Nordstrom in A Little Night Music (Hillbarn Theatre), and various saints and sinners in the revue Berlin to Broadway with Kurt Weill (Masquers Playhouse), Maria can be heard on the original Cast Album of The Fourth Messenger, a new musical with book and lyrics by Tanya Shaffer and music by Vienna Teng: www.TheFourthMessenger.com

As a member of the Grammy-winning ensemble Pacific Edge Voices, Maria had the privilege of collaborating with music legends Bobby McFerrin, Meredith Monk, and Dave Brubeck, and can be heard as a featured soloist on Brubeck’s CD Songs of Praise on the Dorian Label.

Maria has a BM in Voice from University of Michigan School of Music and a MM from the San Francisco Conservatory of Music. She studied Commedia dell’Arte in Italy with Maestra Antonio Fava at his Scuola Internazionale in Reggio Emilia, is a voice-over artist and guest composer for PuppetART Detroit Puppet Theatre, and teaches singers of all ages. She is a member of Her Rebel Highness, an original music theatre troupe. 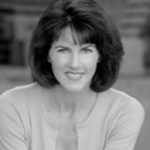 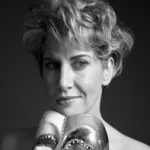